This has probably more to do with Erdogan’s declining popularity due to economic downturn and the recent local elections in which Erdogan’s party lost the three major cities of Ankara, Istanbul and Izmir to the opposition party than acquiring nukes.

At least this haji has the balls to openly ask for a Nuclear Penis!

Unlike ali khamenei and his malijak javad zarif who between the pair of them have not a single ball to tell the world what they so desparetly need:  one tiny Nuke Prenis to make them look manly!!!

We just learned today that Trump invited the Taliban to the Camp David for a peace chat; the people who were directly involved in the tragedy of 9/11 and were bragging about killing a US serviceman a couple of days ago. He sat down with Kim Jung Un who tortured and killed a young American. He is buddy-buddy with Bin Salman who slaughtered the innocent reporter Khashoggi. And he constantly flirts with the IR Regime, the folks who are directly responsible for killing Americans and just recently shot down a $150 million US drone flying in the international waters.

He will not say anything to Erdogan either.

Trump is a true Ghoromsaagh/Pofuse if there was ever one!

Why not, they should as everyone else unless the nuclear club is closed to ALL, especially those with the history of attack and occupation of other nations. 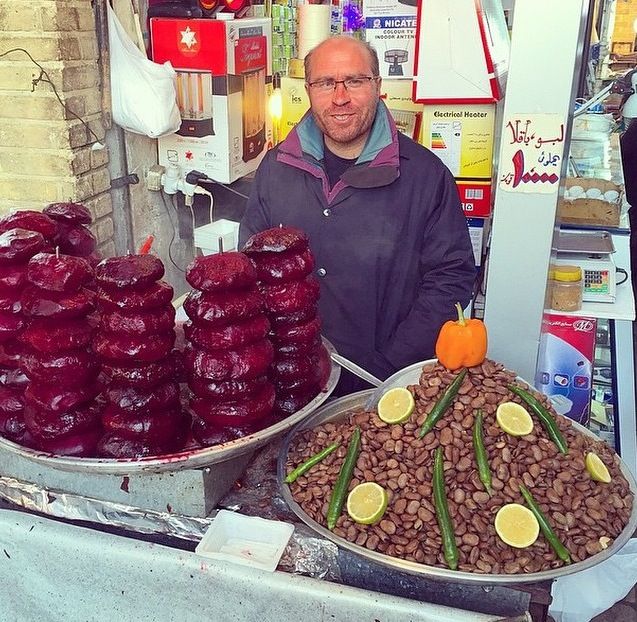 Palestinian Authority spokesman Nabil Abu Rudaineh has said of former Iranian President Mahmoud Ahmadinejad that "The one who does not represent the Iranian people, who falsified election results, who oppressed the Iranian people and stole authority has no right to speak about Palestine, its president or its representatives".

In September 2010, former Iranian President Mahmoud Ahmadinejad said that the peace talks in Washington would not achieve their goals, because Hamas is the true representative of the Palestinian people, among other reasons. PA officials responded to these Iranian statements with "unprecedented ferocity". Omar Al-Ghoul replied that the time had come to put an end to Iran's "regime of death and destruction." Fatah spokesman Osama Al-Qawasmi said that Iran is striving to divide Palestine, to spark civil wars and sectarian and ethnic strife in numerous Arab regions, and therefore it cannot benefit the Palestinian people.

The move stemmed from opposing views within his administration and bipartisan criticism of an emerging deal to withdraw U.S. troops

President Obama will surely put his best spin on his legacy Tuesday in his eighth and final speech to the United Nations General Assembly. But even his biggest fans must struggle to ignore the spread of mayhem on his watch, in the Mideast and beyond.

The president is likely to highlight his oh-so-historic diplomacy, from that (toothless) global climate agreement to the improvement, such as it is, in the world’s economy. Plus, of course, the nuke agreement with Iran and the opening to Cuba.

So how fitting that as Obama speaks in New York, Iranian President Hassan Rouhani will be completing a trip to Cuba and Venezuela, before giving his own UN speech Thursday. After all, these rogue nations have come together and, in Cuba’s and Iran’s cases, come in from the diplomatic cold thanks to Obama.

Further proof who the true “ghorromsaagh” is.

We should not slip into collective amnesia over the Obama administration’s weak and underwhelming response to Russian aggression, argue Benjamin Haddad and Alina Polyakova. This piece originally appeared in The American Interest.

Last week, President Trump, pushing back against persistent accusations of collusion, ignited yet another controversy on Twitter by claiming he had been “much tougher on Russia” than President Obama. The White House Press Secretary Sarah Huckabee Sanders doubled down on those comments by saying that President Trump “has been tougher on Russia in the first year than Obama was in eight years combined.” This comment was widely ridiculed in the media; CNN ran one of its cheeky fact-checking chyrons: “He isn’t.”

You still need more proof? Be my guest.

Mattis: Let me tell you about how badly Obama screwed up the ISIS situation

Those who still adore former President Barack Obama will likely consider Mattis’ memoir a deeply unwelcome surprise. And those who have pinned their hopes of recapturing the White House on former Vice President Joe Biden, well, they are not going to like the book at all.

In 2011, Mattis writes, the White House's foreign policy eggheads roundly ignored his assessment that a sudden withdrawal from Iraq would produce disastrous results. Biden, who boasts often of his supposed foreign policy chops, was one of the key players who dismissed Mattis’ prescient warnings.

What's going on with Iran?

Simple | one hour ago 0 5
Category: None

"that any attack on Americans or American interests would be met with a decisive response".