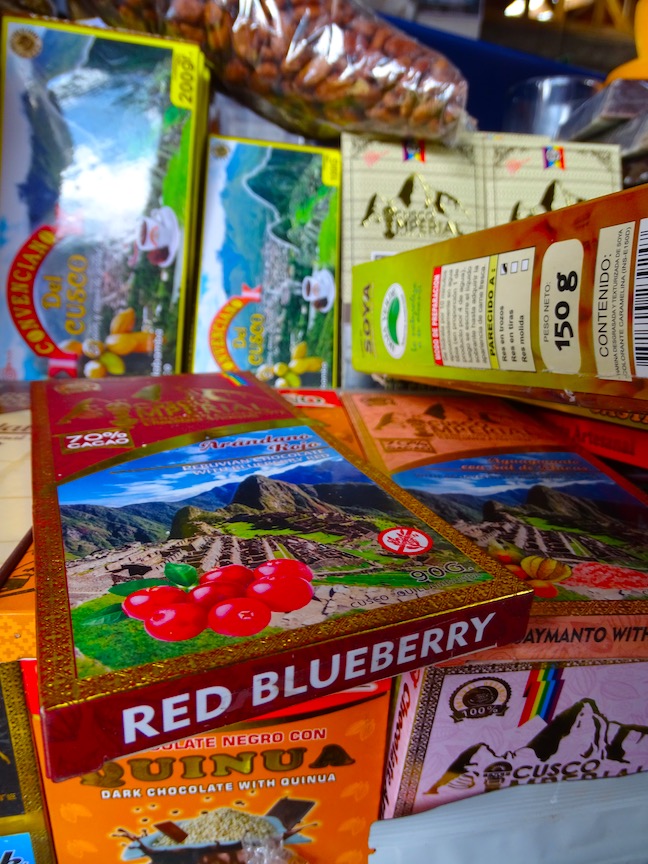 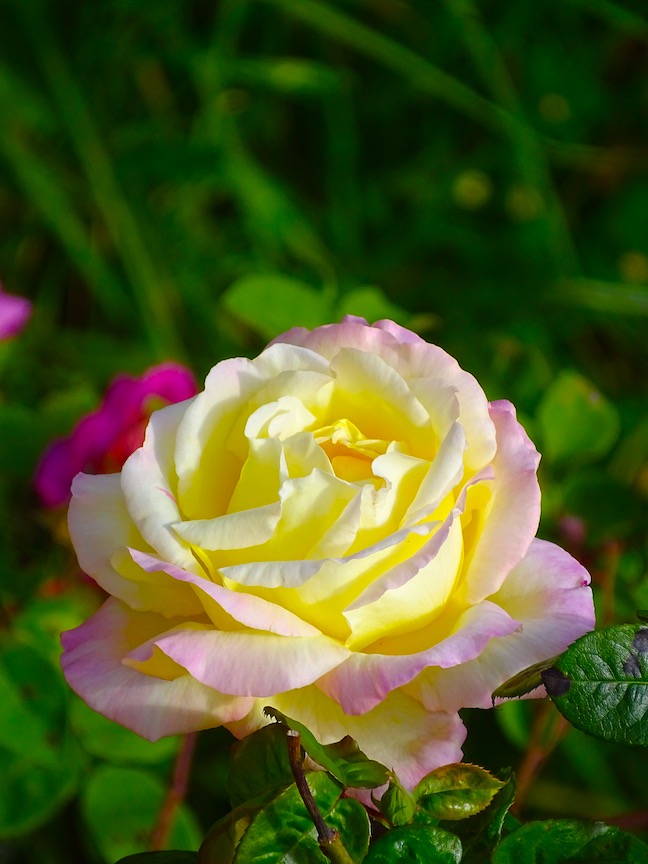 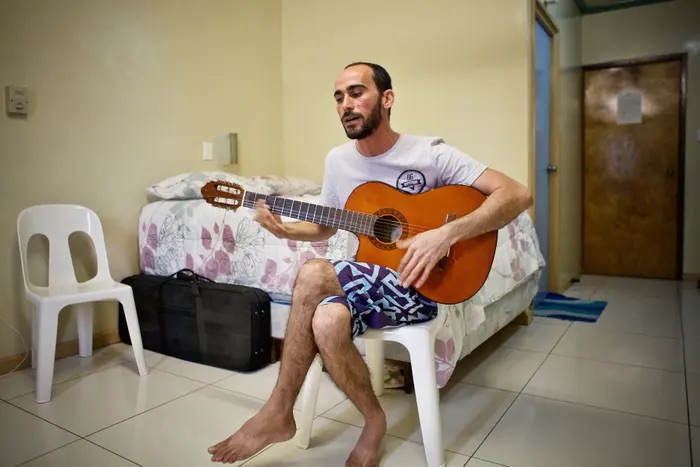 The Guardian: From the confines of an unremitting detention, Moz Azimi wrote a song about love.

From a guarded floor of the Mantra Hotel in suburban Melbourne – his “luxury torture cell” in his words – Azimi can wind open the window just a few centimetres.

He stands by it to let the air and the noise of the outside world rush in, and to look out to those outside: protestors come to campaign for his freedom, people walking past oblivious, the slow crawl of cars on now-unhurried streets.

For months it has been his only physical link to the outside world.

“I was looking at my friends outside ... And they waved at me and I just looked at them. And I thought ‘I want to tell you I love you’. That night, I started writing.”

And so he wrote.

Azimi has been detained by Australia, in one place or another, for seven years.

He is a member of Iran’s Kurdish minority who fled persecution in his homeland and his refugee status was recognised three-and-a-half years ago. Australia is legally obliged to protect him.

Dozens of those Azimi arrived with by boat to Christmas Island in July 2013 now live in the Australian community. They have built livelihoods and communities, friendships and families in their new country.

Through no offence or fault, no action or omission, Azimi is detained still.

The capriciousness of Australia’s immigration detention system – why some are allowed free while others are not – erodes his spirit.

He writes poetry, song lyrics, social media missives to the outside world.

And his music has drawn together an extraordinary cohort of Australian musicians in support. Azimi’s first song, All the Same, was written and sung from inside the Manus Island detention centre, and completed with the help of an army of musicians, technicians and supporters in Australia.

And his latest, Love, written by his window inside the Mantra Hotel, was mixed and produced by Jim Moginie of Midnight Oil fame, played on a guitar given to Azimi by Jimmy Barnes.

The Kurdish people have a storied tradition of literature, song, and storytelling. “But fighting is a part of my cause too,” Azimi says. “Fighting to be heard.”

The Covid-19 lockdowns imposed across Australia have reshaped communities and ways of life, imperilling basic freedoms once taken for granted.

But the lockdowns have been felt too, and acutely, among those who knew few freedoms to begin with.

For those held in immigration detention, their circumscribed worlds have shrunk further still: visits have been cancelled and medical appointments postponed. Formerly, those held at the Mantra Hotel were taken to a nearby immigration detention centre where they could walk outside – still behind wire fences, but at least in the open air – but those trips have been cancelled too.

Moz spends 23 hours a day in his room. Alone. His roommate, one of his closest friends from Manus, Farhad Bandesh, was removed to another immigration detention centre in April – ostensibly over a disagreement with a guard – but also coincidentally two days after he had appeared on Q&A by video questioning why he and his fellow refugees had to remain detained.

The threat of Covid-19 is very real in Australia’s immigration detention and in its Apods – alternative places of detention, usually commandeered hotels such as Azimi’s Mantra – where physical distancing is impossible. Shuttered into a single floor of the hotel, its lifts guarded by a round-the-clock security detail, the 65 men held here share sleeping quarters and a dining room, a small communal recreation space, and corridors.

“We are sitting ducks for Covid-19 and extremely exposed to becoming severely ill, with the possibility of death,” detainees from across immigration detention centres wrote in a letter to the prime minister, Scott Morrison, pleading to be released into the community on health grounds.

Many of the men detained at Mantra are refugees who have been brought to Australia under the now-repealed medevac laws, which put doctors in charge of the medical treatment of those held in Australia’s offshore regime.

Azimi was brought from PNG in November, suffering a series of severe medical conditions, including asthma and post-traumatic stress. He has not had any appointments since.

Over regular conversations with Azimi, the grinding, oppressive nature of detention is starkly apparent.

“I am like a lion, I am strong,” Azimi tells Guardian Australia one day, smiling. “I am able to talk with my pain: this experience is bad, but there is a way to continue, and life is beautiful.”

The next week the smile is still there, though fleeting, forced.
Advertisement

“Sooner or later, the virus will come,” Azimi says, “and we are right here, we can not escape it. I think they don’t care about us. The government has no plan for releasing us, and we cannot be silent.”

Guardian Australia has met with Moz Azimi at a number of points on his seven-year odyssey through Australia’s immigration detention regime.

In Port Moresby last year, where Azimi lived a half-life in the PNG capital, unable to progress the US resettlement pathway he had begun, and caught by a bureaucratic intransigence.

And earlier, on Manus Island in 2017, in the dying days of the Lombrum detention centre, when the men held there staged a desperate and doomed stand-off, refusing to leave for fear they would not be safe outside.

In the middle of the night, we were was smuggled into the centre by sea, and shown around the decrepit, decaying site. Electricity had been cut off, pipes cut and water tanks deliberately spoiled in an attempt to force the men out. Supplies of food and medicines were dwindling.

In the Kurdish quarter, a quiet alcove near a crumbling accommodation block, Azimi sat peacefully. He offered a cup of tea, and apologies for the lack of sugar.

The detention centre, Azimi said then, was brutal: a place of privation, of systemic debasement, of great and terrifying violence.

Nearby to where we sat, Azimi had pointed out the staircase where his friend Reza Barati was murdered by detention centre employees who were supposed to protect him. Up to 15 people attacked him, beating his head with a wooden post spiked with nails and dropping a rock onto his head: two were convicted of his murder.

A woman lights a candle in a shrine for Reza Barati during a vigil in support of asylum seekers in Brisbane, Sunday, Feb. 23, 2014. The nation wide vigil was held in response to the death of 23-year-old Iranian man Reza Barati who died while in a detention centre on Manus Island on February 18 >>> 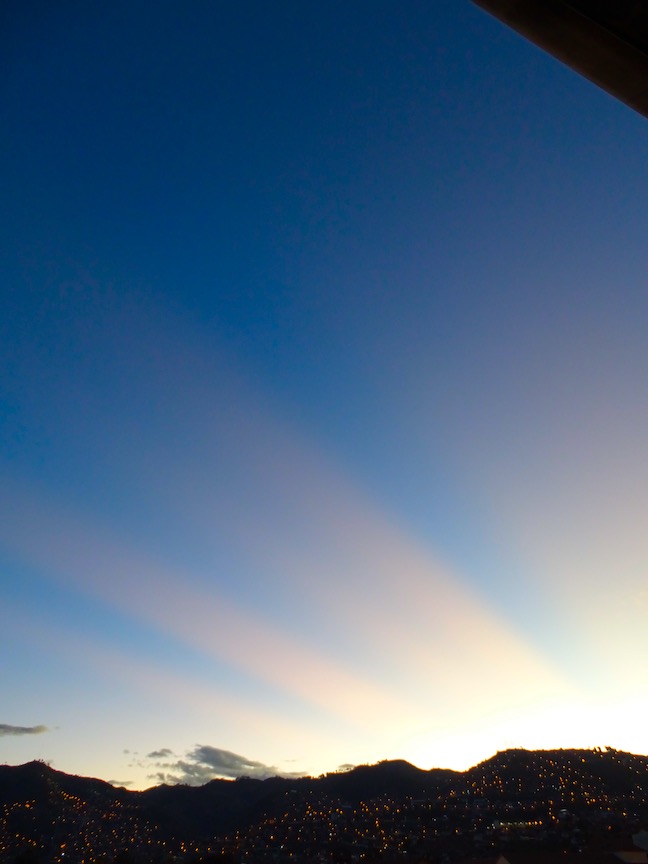 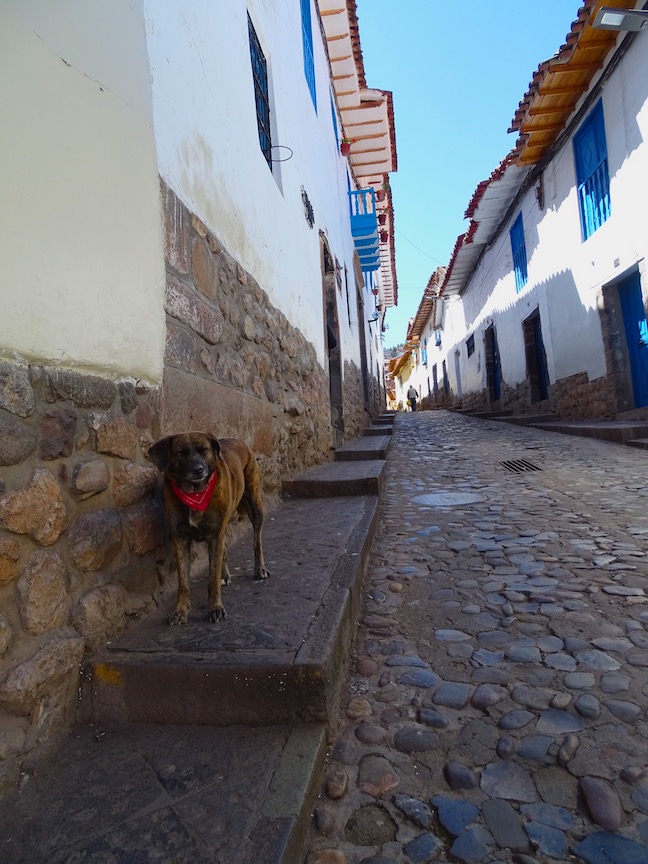 The Phantom of Cusco 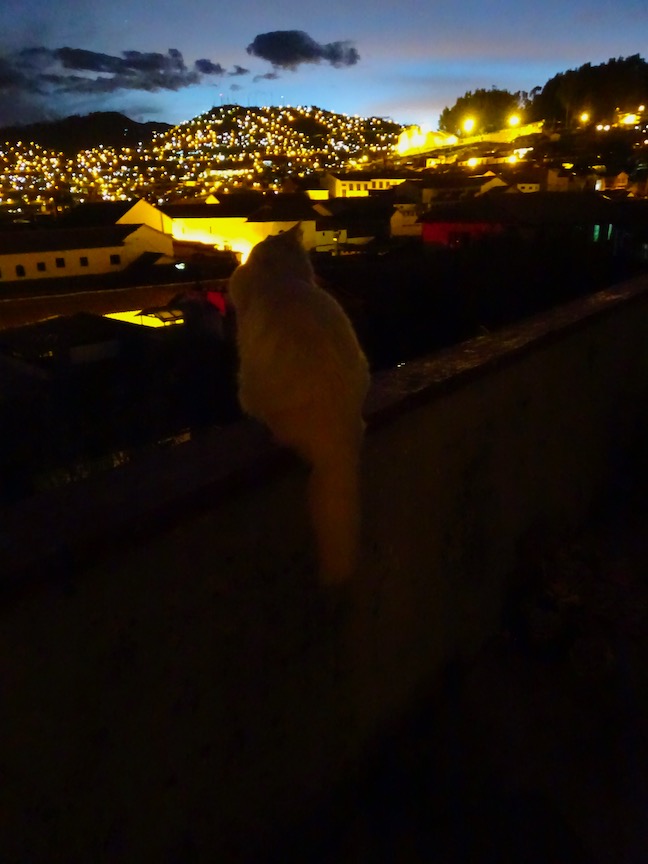 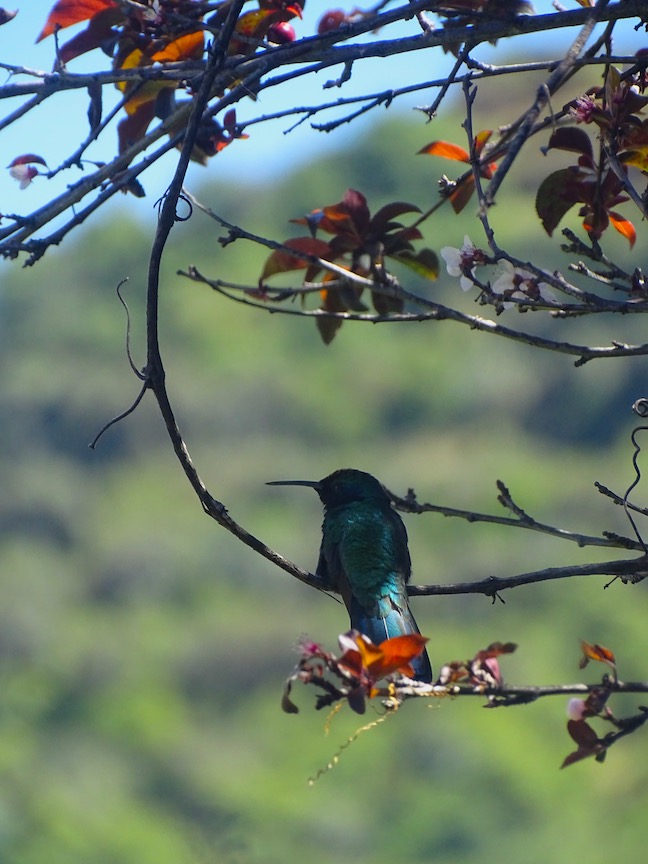 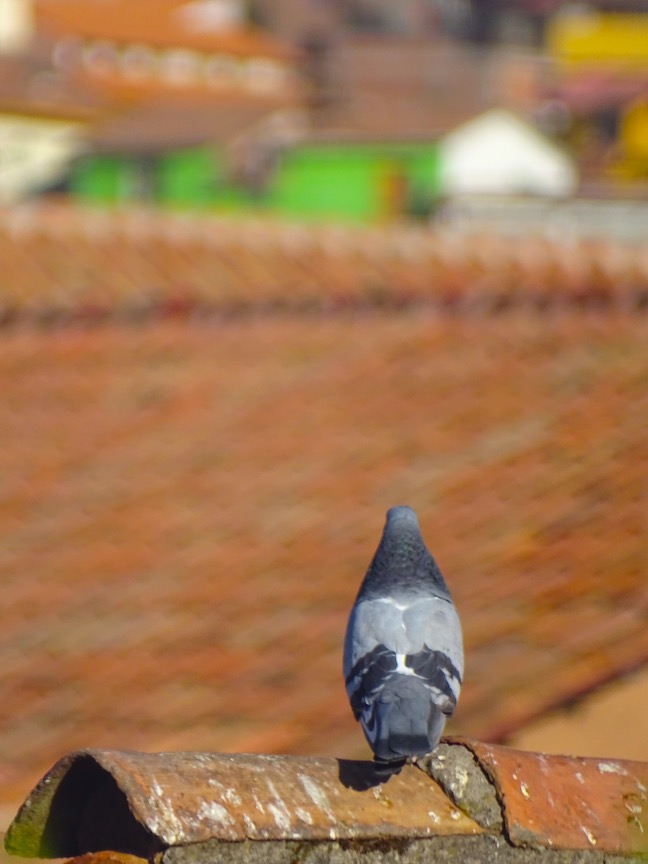 At Home in Kashan 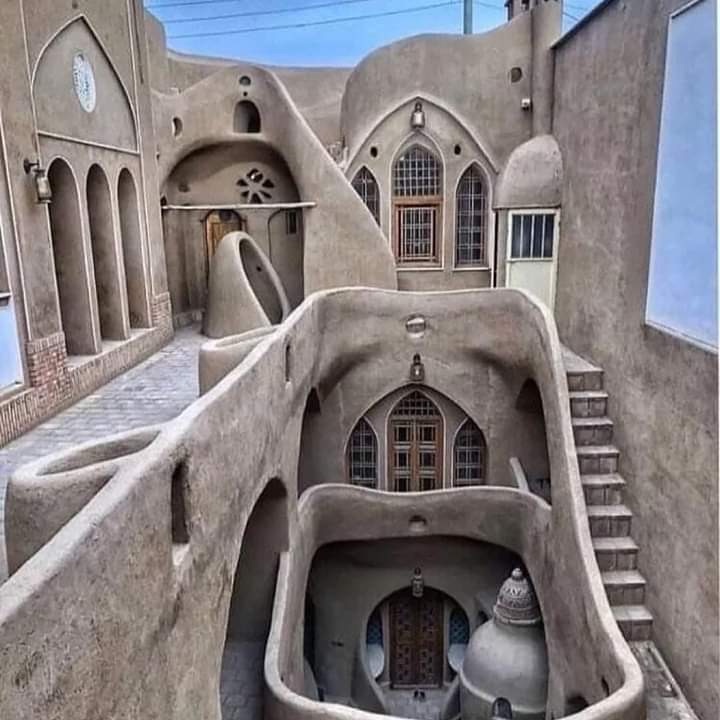 Iran Visitor: Traditional homes in Iranian desert towns are usually built around a central courtyard with windows, doors, arches and other architectural features facing in, rather than out.

In winter, the family would gather in the south-facing side of the house which has larger windows to make the best of the winter light. Then in summer, more activities would take place in the north-facing side where the windows were smaller.

Height and depth are also put to good use. On a flat, open desert plain, the only place to escape from the sun is to go underground and so traditional Kashani houses are typically built on four levels, two of which are below ground. On both sides of the courtyard steep steps lead down to a sardab which is kept cool by permanent shade and fresh breezes wafting through vents in the walls. The difference in temperature is just as if you had walked into an air-conditioned room.

One level deeper still is the kande (dug-out) which is a small chamber cut from the very earthen foundations of the house. This room makes the perfect natural refrigerator.

By taking the trouble to harness wind and water the architects of Kashan built air-conditioning systems without the benefit of electricity and plumbing without the aid of pipes. Sadly, these days, with the perceived benefits of technology, little importance is given to the old, organic ways. Take a walk along the rooftops of the bazaar and you'll see many old houses that are rapidly returning to the dust from which they came.

A small number of traditional Kashani houses have been restored and opened so that the public can see their ingenuity. After visiting them you wonder why the whole city can't return to the elegance of the old ways. 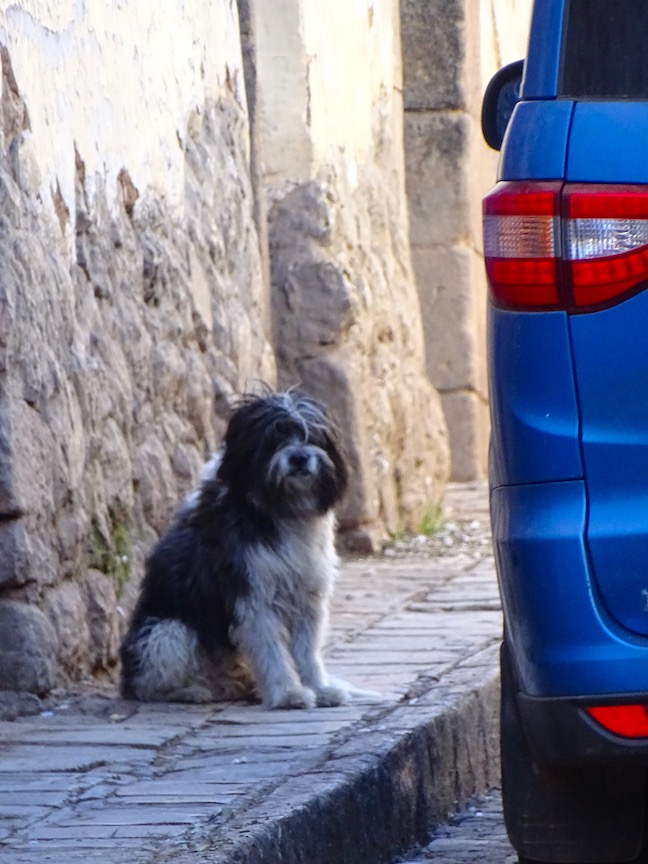 Jahanshah | 4 days ago 0 69
There are more people in the streets as some businesses have been allowed to reopen.
﻿