America and americans are united , all the way, with Saudi Arabia and it's reformist and modernist leadership in particular prince Bin Salman in their common war on terror, sponsored and directly perpetrated by Iranian regime 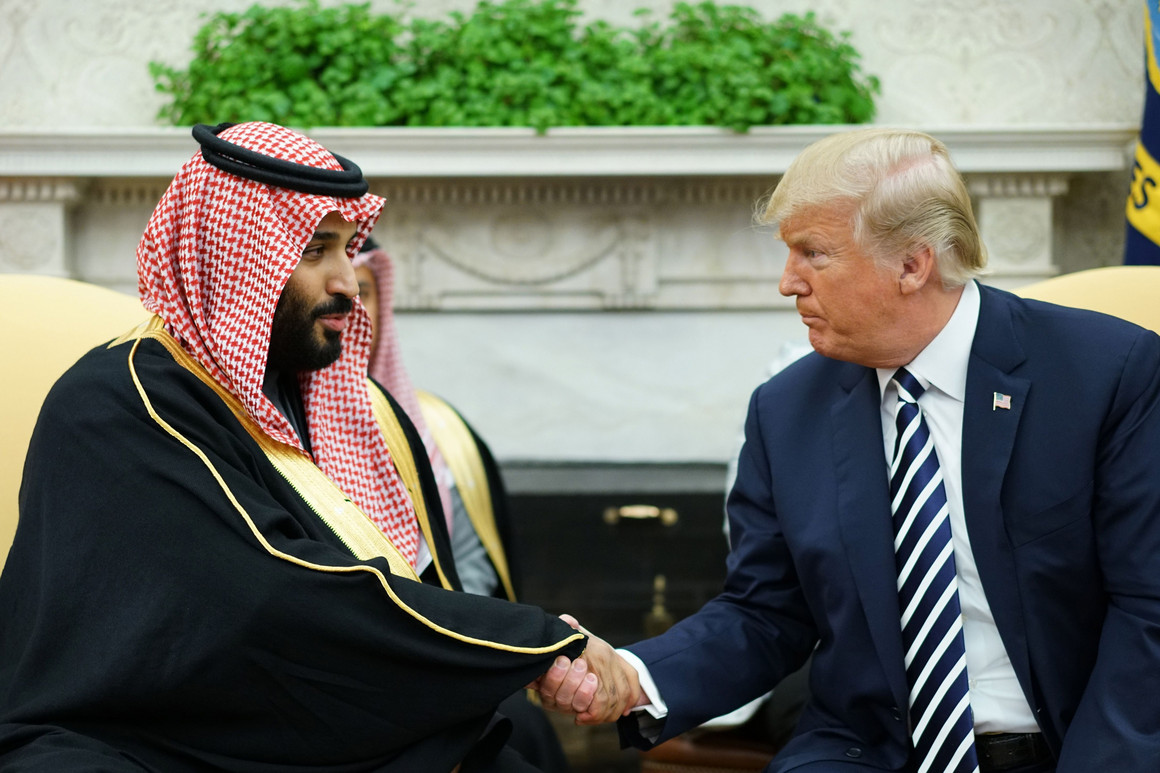 I just wish he had not pulled out that rediculous menu of ships and planes they had sold to them...kinda sorta embarrassing.

Which agreement ? The agreement was designed by Obama would have been over in next 6 years. It was a 10 year deal, not permanent deal.  after 10 years means in 2025, U.S and western world would have been at the same place that they are now. After 10 years from the agreement in 2015,  means in 2025, criminal mullahs cacn freely make atomic bomb accrording to the "agreement". Where this blog and such a non sense is coming from ? Why Mr. JJ even allow these non sense to be posted on this site. ? There would NOT be peace as long as these Islamic thugs are on power in Iran. Never ever. Please get this get stupid idea out of your heads that these Islamic thugs are going to be reformed or one day they become civilized citizens like other countries. never happens. No way. They must go, the peace will  only follow in the region when these criminal get toppled from the power. Even high school kids can understand that. No need to be Einstein to know this simple concept.

MULLAHS HAVE GOT TO GO

Obama was a yes-man. It was Obama’s real National Security advisor who pushed for the deal. Not Susan Rice.

“The upshot is that hawks are urging Trump to be tougher this time and to consider bombing Iranian targets. That would be even more dangerous than a perception of weakness, for it could quickly escalate. Iran would strike back at sites in Saudi Arabia, the United Arab Emirates or Bahrain, and it would target American troops in Iraq or Afghanistan.” NK

Not necessarily. Not if the US strike first and bomb the hell out of Tehran.

Surveys | Links | Blogs | Vlogs | Music | Photos | Cartoons | Quotes | Gallery
GR | Follow | 5 months ago
“This is a struggle between two misogynistic, repressive regimes that are both destabilizing the region. And Trump’s suggestion that we will be well paid for defending Saudi Arabia is an insult to our troops, casting them as mercenaries working for a thuggish potentate.” Nicholas Kristof
“Drug overdose deaths continue to increase in the United States. From 1999 to 2017, more than 702,000 people have died from a drug overdose. In 2017, more than 70,000 people died from drug overdoses, making it a leading cause of injury-related death in the United States. Of those deaths, almost 68% involved a prescription or illicit opioid.” CDC-Centers for Disease Control and Prevention
In the same time period the number of homicides was about 300,000. However, that does not seem to bother Nicholas  Kristofs of this world. They may, occasionally, give lip service to such massacres, but they know it’s easier to attack or ridicule the president of the United States than put up a fight against corporations that have something to do with a total number of a million deaths.
The US are not doing Saudi Arabia a favor by standing against Iran. The US are in the region to protect their own interests. And in doing so, they need allies. With or without the recent developments the Iranian regime has been the US’s worst nightmare, in the past four decades. With hundreds of installations and bases around the globe, the US cannot and should not ignore acts of war perpetrated by a rogue state against their allies.
Like 0
0 DisLike

The US has a backup plan to kill the Iran nuclear deal. It could spark a crisis at the UN.

After Suleimani: Iran's scramble to recover from general's death