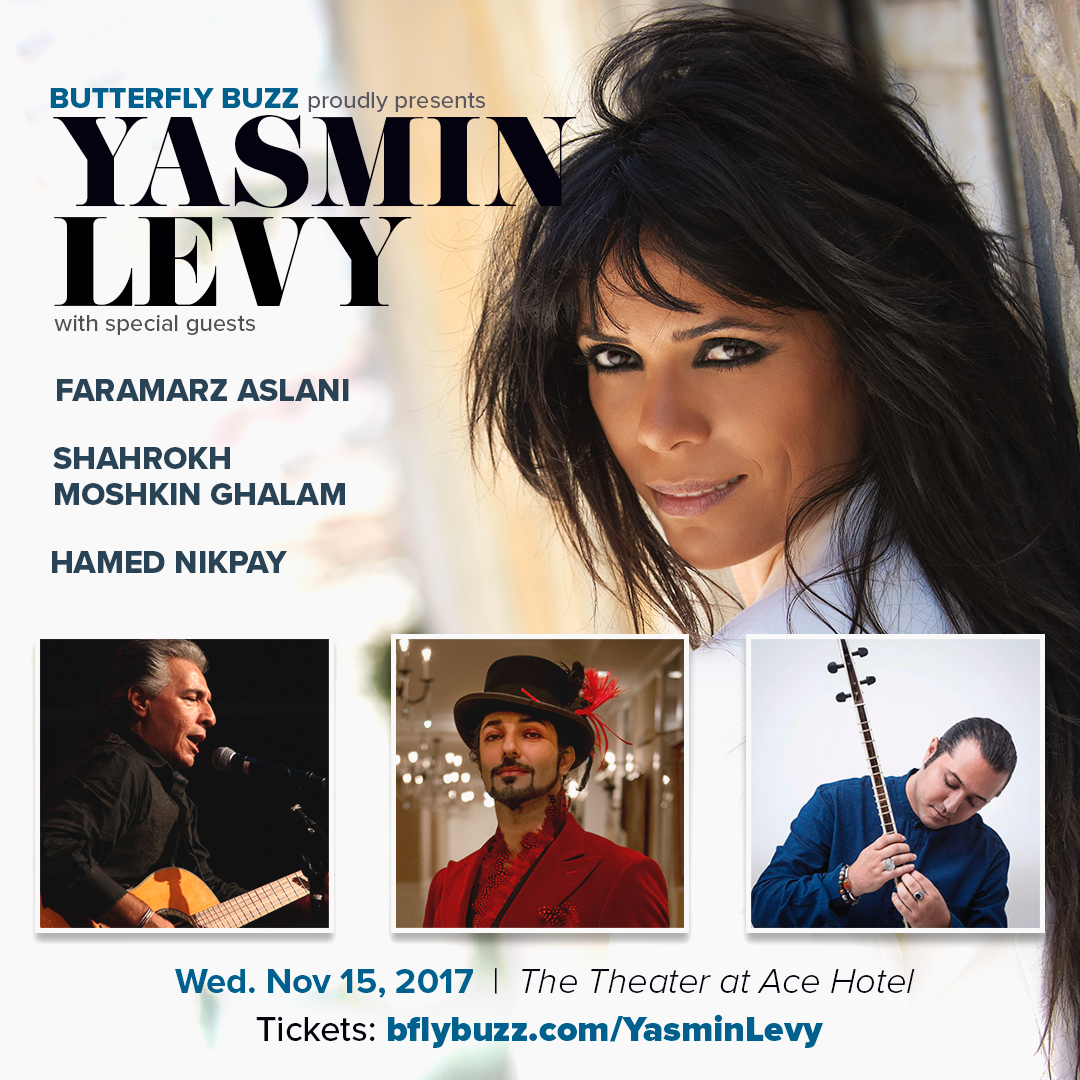 Yasmin Levy sings in Ladino, an ancient form of the Spanish language that was kept alive by the Sephardic Jews. With a deep, spiritual, and moving style, Yasmin Levy is a leading voice in Ladino song and culture. In addition to being a leading voice in Ladino song and culture, she is a contemporary singer/songwriter, performing in modern Spanish, as well as bringing the flavors of Flamenco, Turkish and Persian music all together into a style of her own.
Yasmin Levy made it her cause to recast and transmit the disappearing musical legacy of Ladino, the Judeo-Spanish language of the Sephardic Jewish communities that were driven from Spain in the late 15th century. Amongst Sephardic Jewish communities across North Africa, Turkey, the Balkans and the Middle East, Ladino survived as a language until almost vanishing in the 20th Century. Yasmin Levy’s father, Yitzhak Levy, was the head of the Ladino department at Israel’s National Radio, but Yitzhak died when she was only a baby. Before his passing, he had taught her mother the songs, and in turn she taught her daughter.

"Impressively powerful. A triumph." -The Guardian
﻿ 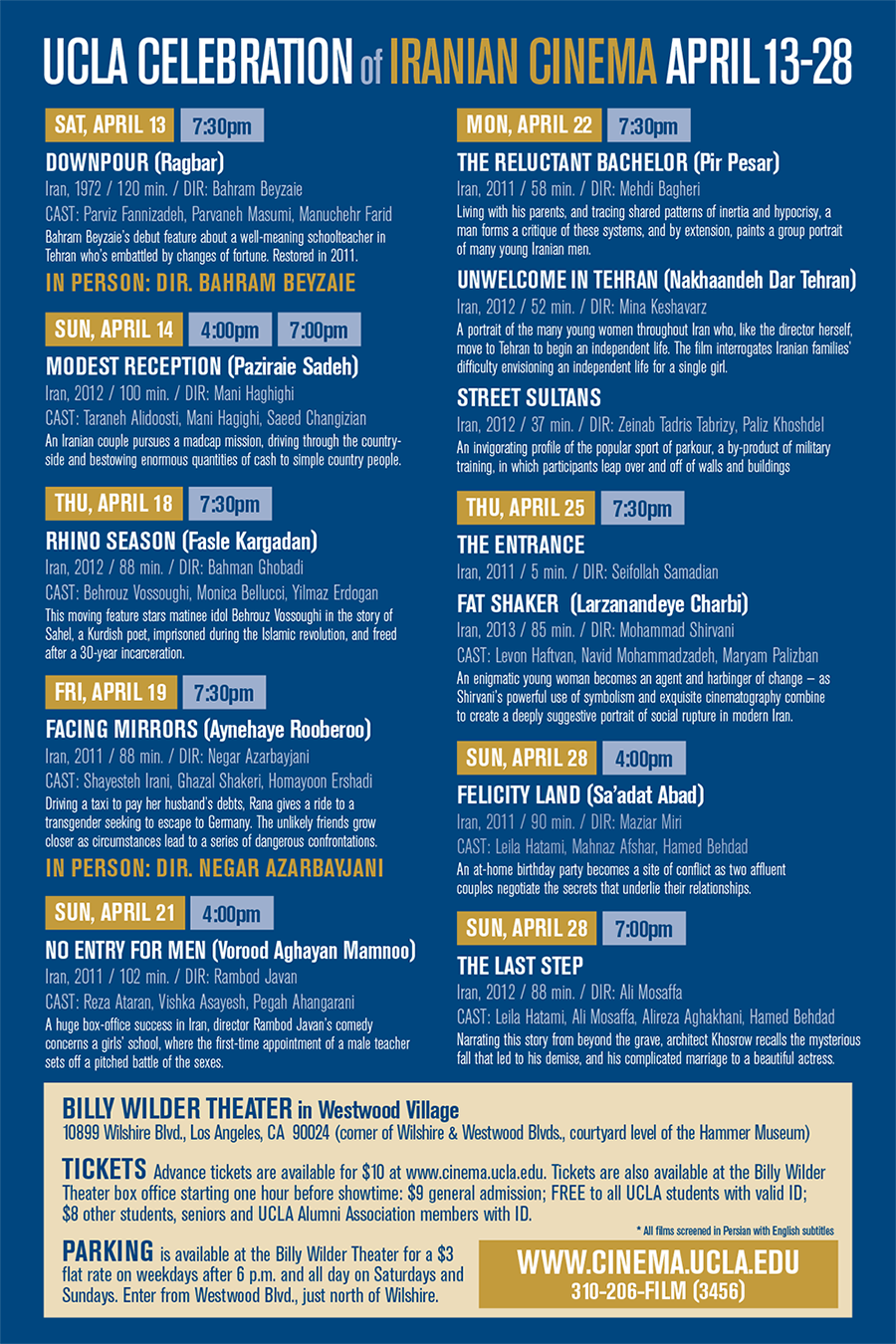 UCLA Film & Television Archive is proud to continue its long tradition, tracing the unfolding of Iran's fascinating national cinema. Continually offering compelling new voices and visions, Iranian film responds to a rich storytelling heritage and enters into crucial dialogue with other world cultural and artistic traditions in its unique interplay of social inquiry and formal experimentation. This edition of the UCLA Celebration of Iranian Cinema offers a panoply of genres and storytelling modes, sampling the contributions of an array of film artists, working in widely varying settings and focused on diverse topics.