Actually he did. Al-Husseini, a relative of Yasser Arafat, video here. 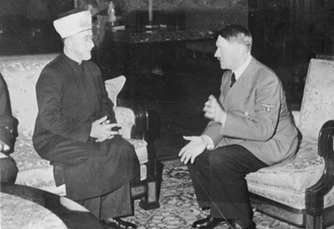 Is it true? Only one! That's one too few!

Thanks Fred for the extra information. Very interesting!!

can we get some of the above in the picture imported to islamic republic instead of all the junk being imported from china, just a thought!

I hear There is an island in the middle of Atlantic ocean where Muslims do not like to migrate to !

Few facts about Austria, and her well known son Hitler!!

I will do everything I can to make sure the former president never again gets anywhere near the Oval Office. We have seen the danger that he continues to provoke with his language. We have seen his lack of commitment and dedication to the Constitution, and I think it's very important that we make sure whomever we elect is somebody who will be faithful to the Constitution. —Republican Congresswoman Liz Cheney