No; quite contrary... it will raise the status of Israel, her democratic infrastructure, and its strong and independent judiciary in the entire region... that will disappoint all IRI agents such as Omid Dana...

I wanted to add an adjective to Omid... something like bache koshgel baa labaaye gholvei, but I feared your golden finger on the delete button...

Both Israeli people and Palestinians deserve to live in peace and harmony and peace will not be possible as long as the FIFTY-year occupation, rape and ‘gharat’ continues.

It won't do any thing for Iranian regime but good to see him gone. liar, a charlatan and corrupt. Adios Bibi no one will miss you. I take my words back, Fred and his assoicates will be mourning for days!

“Fred and his assoicates will be mourning for days!”

I was going to beg to differ before I had finished reading the whole post, indeed Fred & Co. may finial take day off for bereavement

BiBi may be gone but the next Israeli PM will take care of your bibies! Don't you ever doubt that!

dum fuk bache akhoond NIACi ! Your obsession with "Fred and associates"  has screwed your little pehen filled brain so much that you are talking to yourself!

Here i do you a favor by posting a most recent photo of Fred! I look just like him, but with a different hair style! Send the photo back to that Haji  in tehran who hired you for $8/h, for a bonus pay raise!!! 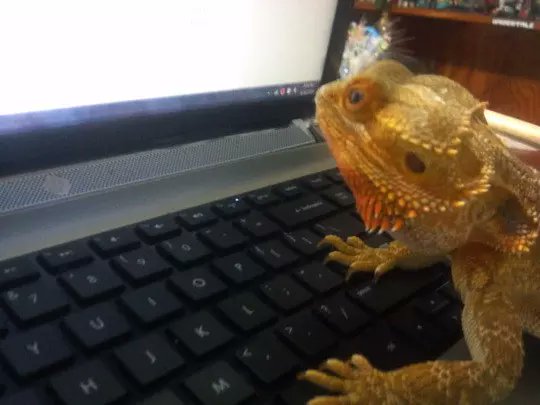 Funny a moron like you keeps calling me Ass_dola? , but thank you for posting picture of Fred. We all suspected for a long time him and his group is a like lizard working on behalf of certain entities  that do not care one bit for Iran,  but thank you for confirming it!!!

Sanctions work U.S senate, get to it or some shit like that.

Where is Ass-DooLaLa these days?

Because he's busy massaging the balls of police chief of "sihoonist" israel, hoping if he massage it hard enough BiBi will go and Ali Khayeh Many stays!

Netanyahu is not the IRI Supreme Leader elected to rule until death do us part. So, to answer the survey question: no, I think not.

PS. so sad to see commenters hurling insults at each other.

In agreement with Rea on both points

And if  furure of netanyahu  has no impact on iran as the result of this survey suggests, why this huge obsession and hatred towards him and Israel from certain site members here?

I suspect duplicity and disingenuousness

Everyone here loves BiBi Netanyahu except Ass-Dola and his 1001 other feigned user ID's!

Ben- I can answer your question. There are a couple of classes of Iranians that is hopelessly obsessed with Israel and want its destruction. The first class is the 1950's, 60's and 70's leftist Iranians who got caught up in the whole USSR inspired "liberation movement," "anti-imperialist BS, the foundation of which was mixed with a healthy dose of anti-Semitism (the whole thing about Jewish bankers, Elders of Zion etc.). Unfortunately, those guys are still around and, in fact, control much of the political discourse on Iran as "college professors" and TV "political analysts." The second class is the religious class who have a religious animosity toward Israel because of the whole "Quds" thing, and won't settle for anything else but the total destruction of the Jewish state and the return of the mosque to Muslims. The third class--unfortunately--are a good chunk of the younger generation, who have grown up under a constant barrage of anti-Semitic propaganda in Iran throughout their entire lives. That propaganda dominates the Iranian education system when it comes to those issues from pre-sechool all the way through college. It also dominates Iran's media. In other words, you just can't get away from it if you live in Iran. So, even if you're the nicest person on the planet, that propaganda is bound to have an effect on you if you're bombarded by it 24/7.

And don't buy into this whole narrative about these folks feeling sorry for the Palestinians because they are justice warriors. That's just complete BS. As proof, you need to go no further than Iran's immediate borders (much closer to Iran and Iranians geographically, ethnically, and even linguistically than Palestinains) such as Chechenya, where tens of thousands of Muslims were brutally massacared by IR's friends, the Russians, and where their land was taken away from them. You'll be hard pressed to find a peep out of any of these guys about those atrocities. Or what about when Assad just a couple of years ago blcokaded, starved to death, and massacred thousands of Palestinian refugees in the Yarmouk refugee camp? Assad actually killed more Palstinians during that blockade that Israel has killed in the last decade! And these guys were actually cheering Assad on!  So, it's all BS. That's not saying that Palestinians don't have a legitimate cause. They do, in my opinion. But to hear the usual suspects cry crocodile tears and beat their chests for them 24/7 is a bit rich. Don't be fooled.

If reelected will Trump pull out of Iraq ?