John Bolton's exit isn't a victory for our adversaries

One thing America has no shortage of is the number of folks who genuinely want an end to the IRI regime be it via sanctions or MOABs or a hybrid approach! John Bolton is one of the zillions of these folks, so before opening up your bottles of dooghs in celebration of his departure just remember this - javad Zarif and Ali Khaye-many must go!

One thing that the American politicians need to admit and understand is that self-determination is the right of every person and nation and regimes ought to be changed only by the inhabitant of those nations.  Iran has no right to dictate to other nations as what regime ought to rule them and this applies equally to the US, the era of colonization is long gone.

War mongering only invites and results in violence and one cannot complain and bitch when they have invited violence upon their own people.

There might be a degree of relief for the Iranian regime, but not full relief.

Israel still has Prime Minister Benjamin Netanyahu, and the Trump administration is on vry good terms with Israel — Netanyahu in particular — as well as Saudi Arabia, both of which want Iran’s aggressive governing regime to be weakened, if not destroyed.

The pressure on Iran remains formidable, especially when it comes to economic sanctions. The Hill

MBS is a very smart fellow. Trump will be re-elected.

I hear your boss toyota parsi is so happy of this news that he has forgotten about moharam and has put his arab wife up for rent at $10 a go (oral) in Gaza strip!! 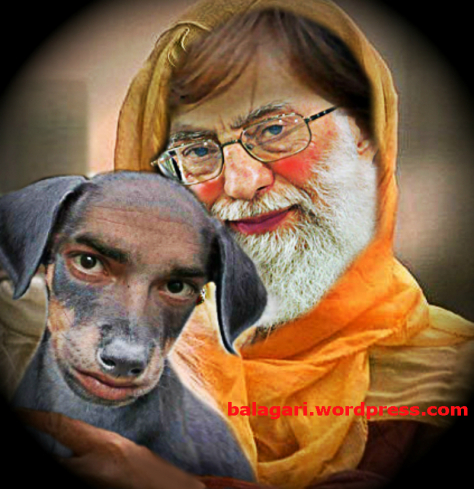 Since you are in touch with him or follow him, give him my regards.  He did a great job countering the MEK terrorist group and for that he gets my salute and appreciation

So one dude with greasy mustache was the obstacle for the glorious Islamic republic to de-escalate, good to know!

In journalism, this is called sensationalism. Trump was talking about withdrawing from JCPOA long before John Bolton joined his administration.

The same media that blames Bolton for Trump’s “maximum pressure” used to claim Trump’s reasons for withdrawal from the JCPOA was his dislike for Obama. The same was said about Obamacare, climate change and whatever Trump did. Now, read the following:

The US withdrew from the JCPOA on May 8, 2018. Trump announced his intention to withdraw from the JCPOA in 2017. That’s when he became president. Now, Read the following:

“According to the JCPOA, every 90 days the President of the United States would certify, among other things, that Iran was adhering to the terms of the agreement.” Wikipedia

While asking the regime in Tehran to come to the negotiating table, Trump did certify until May 8, 2018. That is more than a year.  And the politicians in Tehran kept making fun of Trump. But in March of 2o18 the Iranians, in anticipation of the US withdrawing from the deal, devaluated Iran’s currency. So, Iranians must have believed Trump would not certify Iran’s adherence to terms of the deal.

So, with or without John Bolton or Trump’s dislike for Obama and Obama’s policies as president, Trump would have done what is being done to Iran. And now that, thanks to the sanctions, Iran’s economy is in its worst shape since 1978 and the regime fears more mass protests, John Bolton’s firing/resignation becomes a good excuse for the clowns in Tehran to blame the US’s hawks for their own warmongering and failed policies.

To the staunch supporters of the regime in Tehran:

Money is on its way. Soon you won’t be needing food stamps. So, start praying for Trump’s success.

One more vacancy at the White House, looks like

Precisely. The ruling theocrats and their lackeys are not capable of ruling a country the size of Iran. They should all move to Karbala and live there happily ever after.

Capital Flight - $59 Billion Has Left Iran In Past Two Years

According to IPRC, following the United States withdrawal from the Joint Comprehensive Plan of Action (JCPOA) or Tehran’s nuclear deal with world power, more billions are expected to leave Iran in the coming months.

IRPC has also said that $59 billion is a significant figure in Iran’s financial situation, a website close to the speaker of parliament, Khabar Online reported on Monday, May 28.

The capital that left Iran during past twelve months amounts to $39,200 billion which is equal to 83% of Iran’s current annual income from its non-oil exports.

Iran: how to kill a language

CyrousMoradi | 5 hours ago 0 2
Category: None

cyruschaser | 8 hours ago 0 5
Category: None